Many folks associate Friday the 13th with scary movies, mayhem, and bad luck. Not Michael Clossey. Friday, December 13 is a big day for Mr. Clossey, and one he is looking forward to very much. That’s the day he officially earns his BFA in Theatre: Design and Technology with a focus in scenic design from UCF. 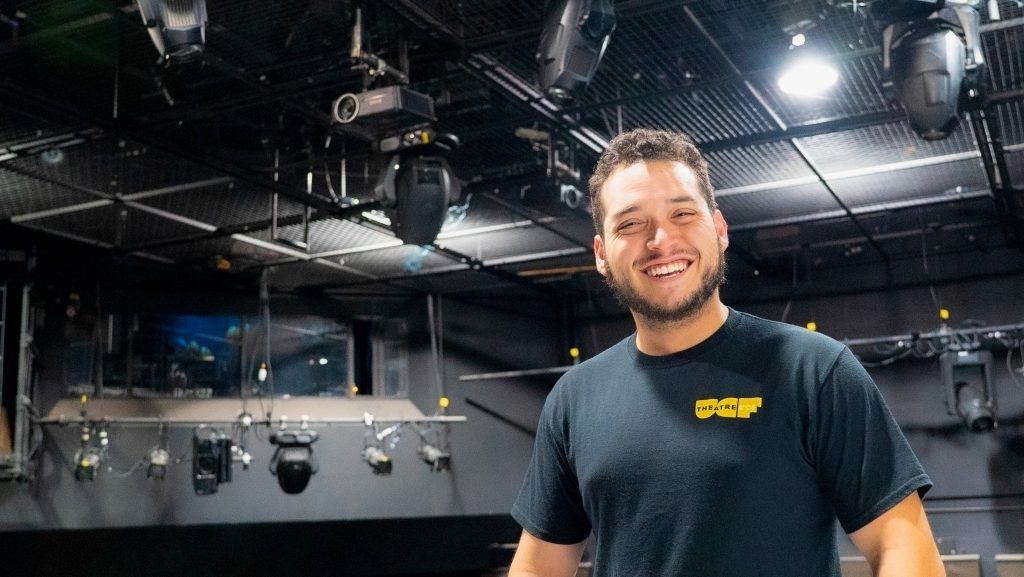 Clossey, who was born and raised in Orlando, has been interning with us at IA Stage in project management while completing his studies at UCF. He initially worked with us through a third-party company in 2016 and was asked to come on board in October 2017. Asked how his experiences at IA Stage have built onto his educational track at UCF, Clossey explained, “I’ve really been able to put the things they teach in my degree into perspective. As with any degree, a concept is a concept is a concept, but when you get to apply those skills during an installation or in the fabrication stage, those concepts become whole.”

For TheatreUCF’s current production, 2012 Pulitzer Prize-winning play Water by The Spoonful by Quiara Alegría Hudes, Clossey was able to apply those skills as scenic designer. Water by the Spoonful isn’t Clossey’s first scenic design, though. During the course of his studies at UCF, he has designed four shows. While the four previous designs were fully completed concepts, they were not realized on stage. “This is the first show I was assigned to design to completion for the 2019 TheatreUCF season,” says Clossey.

“Scenic design is a relatively new interest of mine,” he says. “I’ve been involved in all areas of theatre from performance and crew positions to construction and other tech roles. It wasn’t until a couple years ago that scenic design became a big interest of mine and since then, I’ve really tried to hit the ground running.”

Congratulations, Michael! And as they say in the theatre, break a leg!