In the Fall of 2019, the Barrier Island Arts Group for the Arts (BIG ARTS) was gearing up for the grand re-opening of their newly renovated $14 million building. The 2019-2020 “dream season” was scheduled to begin in November 2019. Events were to be held at the Sanibel Community Church while renovations were completed on the new building. The first show in the new two-story building was scheduled for February 1, 2020. I spoke with Technical Director, Richard Jones, in mid-February to see how things were going and to learn more about the space.

BIG ARTS basically hit the ground running. Jones explains, “Our programming is very seasonal. We operate from December through April 1. The 2020 season is so compact because we missed our January programming due to construction.” Which brings up an interesting point about the renovation.

According to Lee Ellen Harder, BIG ARTS’ executive director, the organization was not allowed to increase the original footprint of the venue. “But we were allowed to put in a second story,” she said. It’s space that the well-established but still growing arts center needed because they regularly sell out shows and run out of classroom space.

This is a multi-purpose arts facility with a performance hall. Jones says, “There’s an art gallery and space for a wide range of art classes like glass art, photography, music, and painting.” A direct result of the renovations is that BIG ARTS’ programming capabilities are expanding.  “We can do live music performances as part of our programming. Asleep Behind the Wheel was just here. We can do classical and bluegrass. We host a lecture series called The Forum Series and Talking Points, and we have a Monday morning current event talk with the community.”

Bigger (Sort of) and Better at the Same Time

Although seating capacity of the performing arts hall didn’t change (the intimate space seats 410) the renovations are significant. The new stage is 2 ½ times the size of the original with the option of making it even bigger by removing the first four rows of audience seating and raising the floor to meet the deck with a hydraulic lift. All in all, though, “The new facility functions much the same as the former one,” Jones says. “We just have more stuff!” 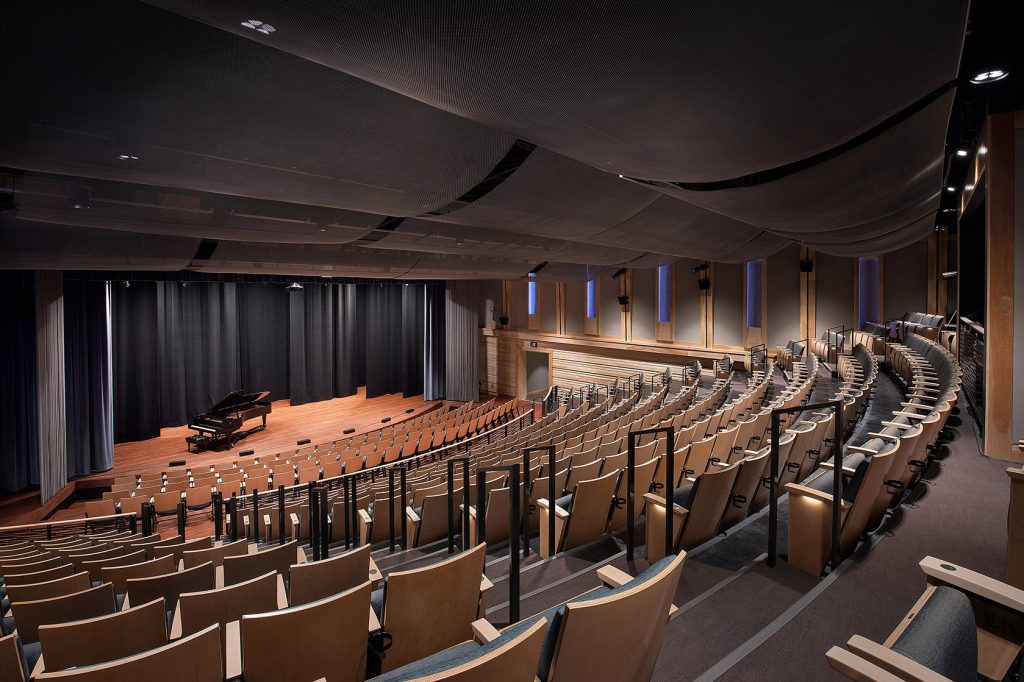 And there’s a lot of new stuff. A soft goods package, designed by Theatre Consultants Cooperative (TCC) and built in IA Stage’s drapery shop, includes a rich main drape and valance made of 25 oz. KM Prestige in beautiful Pewter gray; borders, travelers, tracked legs, and a tab curtain in black 25 oz. Opera IFR; a white Leno cyclorama; and a black sharkstooth scrim. Because the soft goods and track are dead hung, a one-man genie lift was included in the package.

The addition of motorized rigging, designed and built by IA Stage’s Bruce Darden, has made load-ins and load-outs much easier Jones says, “especially in terms of rigging.”  Currently, there are two 58’ motorized line shaft hoists – comprised of 8 drums and 2 motors apiece – in use over the stage. The downstage most hoist serves as the 1st electric while the upstage hoist holds the cyc. Both hoists utilize pantographs for cable management and an operator control panel is located offstage right.

The motorized rigging package was designed with expansion in mind. Jones tells me the space was wired to add three more hoists – one to be centered between the midstage black and the proscenium arch; one added directly upstage of the midstage black; and another placed roughly 2’ downstage of the cyc. 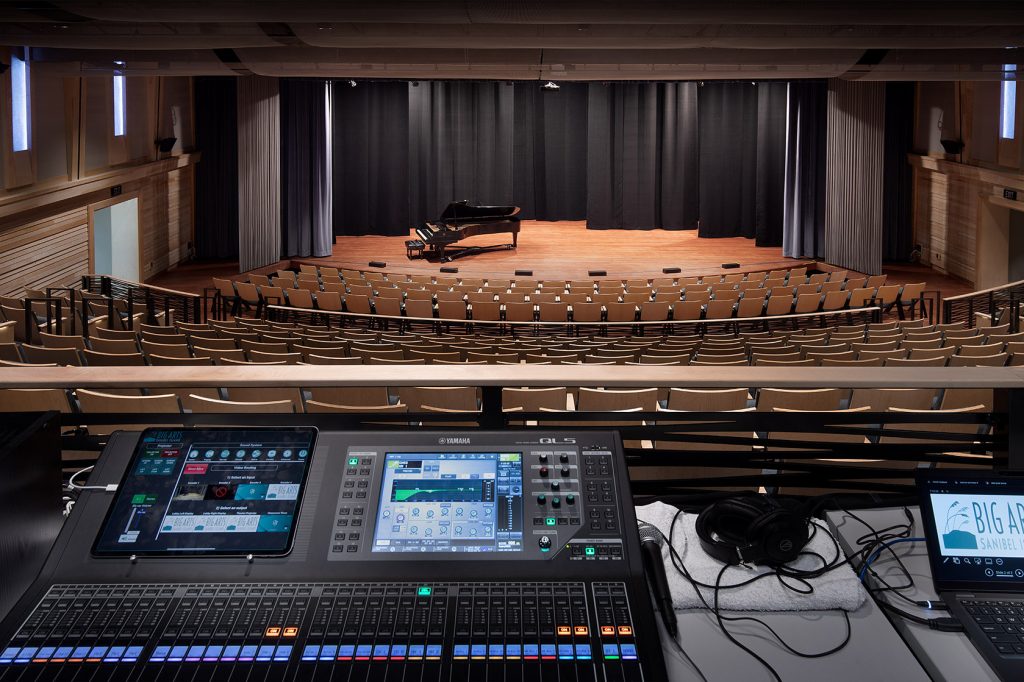 The space is rounded out with state-of-the-art sound and lighting packages installed by Miami Stagecraft. The lighting package includes hazers and no less than 14 moving lights. Jones makes particular mention of Jason Prichard of Theatre Consultants Collaborative. “Jason was wonderful,” says Jones. “He really listened to us about how we use the space.” We wrapped up our conversation here, as Jones was heading home for some rest before the Doyle Lawson and Quicksilver show the next day.

One month later, BIG ARTS suspended the remainder of the 2019-2020 season due to the COVID-19 pandemic via their Facebook page. “To protect the health and safety of our patrons, talent, volunteers and team members, BIG ARTS is suspending all programming and activities beginning tonight, March 13, 2020 and continuing until further notice. The building will be closed to all public traffic.”

The new space was open for 41 days. You know what, though? BIG ARTS has been going since 1979 – that’s 41 years. Does that mean something? Maybe. Maybe not. But it sure makes me hopeful that they will find a way to keep making art.